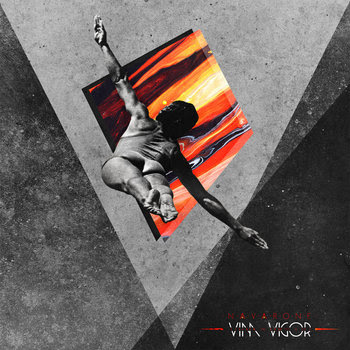 The debut album of the Dutch alternative rockers Navarone A Darker Shade Of White received great reviews, so everybody was looking forward to their follow up album. Vim and Vigor - a weird title by the way - has just been released and it is a great album; far better than their debut! It is more mature and it rocks like hell. Trademark of Navarone is singer Merijn van Haren with his typical high pitched vocals. Just listen to the rocking opener Time and you know if you like Navarone or not.

Most of the 11 songs are dominated by heavy guitar riffs and hooks and that astonishing voice of Merijn. Highlight of the album is the song Indigo Blue, featuring a screaming guitar solo, which kind of reminds me of Pearl Jam and Alice In Chains. Navarone's music is really dynamic and 10 songs are really good rock songs but unfortunately there is one misser, an ood one out so to say; as it is jazzy, featuring trumpet and slide guitar...But Navarone is a band for the future, that is for sure. Play it LOUD!!