DEE SNIDER - “FOR THE LOVE OF METAL” 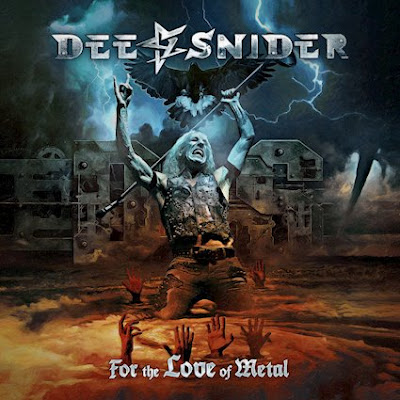 
Love him or loathe him, there's no denying that Dee Snider is a bit of a legend in heavy metal circles, from his work with Twisted Sister and his defiance of the notorious PMRC to his Broadway, radio and TV work. Always larger than life, he is who he is and anyone not with the program is free to fuck off and find their own way.

The unsubtly titles 'For The Love of Metal' sees Snider at his snarling, heavy best, with twelve tracks that are heavy yet not offensively so. The titles tell you all ypu need to know about Snider's current attitude with 'Lies Are A Business', 'American Made' and 'I Am The Hurricane' letting you know that what's coming is going to be uncompromising. Featuring contributions by members of such bands as Lamb Of God, Killswitch Engage and Arch Enemy, and produced by Hatebreed vocalist Jamey Jasta, 'For The Love Of Metal' has a pedigree most would sacrifice their first born for.

As you can see from the score, this all works very well indeed. At the core is Snider himself, as he should be, who still has a fine voice for fast paced, aggressive metal, although he doesn't have the high notes of the old days. This gives the album less of a pop feel and roots it firmly in metal territory. That said, there's plenty of melody, as no song is allowed to go too over the top. Perhaps the lightest track is lead song 'Become The Storm', which you can check out on YouTube. It's a good indication of what you're in for with the rest of the album.

'For The Love Of Metal' is a fine example of a classic rocker coming back and giving his all, with music that straddles the old and new eras of Snider's career admirably. There's no instant anthems but it still manages to hook you on the first listen purely because of a decent songwriting, playing and singing. Dee still wants to Rock, and I'm glad.

Posted by ROCKUNITED.COM at 3:05 PM No comments: 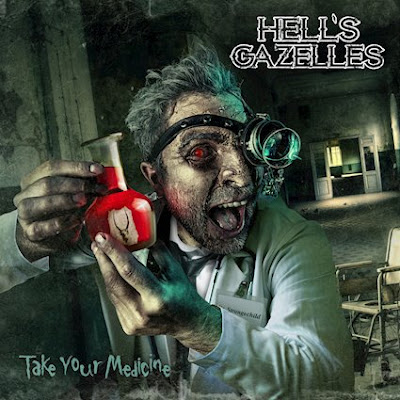 British retro rockers Hell's Gazelles are not, as the name suggests, a female AC/DC tribute band. Seriously, I can't be the only one who has thought that. A band that have done all the hard work themselves, they have to be congratulated on how far they have come, and this, their second self released EP, is an eagerly awaited slice of rock pie in many places.

Way back in the first paragraph I mentioned the word 'retro', and it's rather appropriate with Hell's Gazelles. The five tracks of 'Take Your Medicine' are decidedly old school metal, though not of the grunting, satan worshipping variety, thankfully. The problem with retro metal is that it can be hard to make it really shine. Some bands manage it pretty well (Jack Starr, The Darkness), but plenty of others manage to sound like the sort of band that would have graced 'Kerrang!' in the early 80s but ultimately end up as no more than a footnote in metal history. Chrome Molly, I'm looking at you here...

As you may have surmised from the rating, Hell's Gazelles fall into the latter catagory, but are not without their charms. When they get things just right, such as on the title track, it's all rather enjoyable, but that track is the exception rather than the norm, and the other four tracks are punchy enough but not fight winners. Vocalist Cole Bryant has a really nice voice for this sort of music and the production is nice and clear, but desopite repeated listen I just can't get over excited about this one. I reckon they'd be fun live, though...

Official band Site
Posted by ROCKUNITED.COM at 9:48 AM No comments: