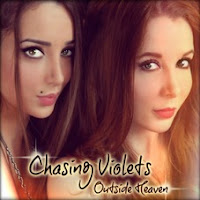 Having listened to the latest AOR (the project) album "L.A. Temptation" lately, this one comes as a bit of a deja vu album - most of the songs are the same, with only the vocals of Sarah And Melissa Fontaine replacing those male vocalists on the AOR disc. Producer/songwriter Frederic Slama has found a cost-effective way of working...

Although I'm giving this album the same rating, I think I prefer it to the AOR one. There's more continuity with the same vocalists singing the songs, even though some of the songs have been edited to be duets with the vocalists on the other album. When it comes to publicity and potential to break through, I would certainly put my money on this band rather than those Slama's AOR (the project) albums. Two beautiful girls will interest the mainstream media more than faceless melodic rock artists.

When it comes to the songs, most of my favourites from "L.A. Temptation" are given the Violet treatment ("Violation"?) here. Even one of the Violets' "exclusive" tracks has to be mentioned as one of the top tracks of the batch - the fine opener "I Can't Love No More". Out of all the 18 songs on the two albums, one could have put together a rather solid 10-track CD, now both of the albums end up falling a little short. The same problems I mentioned in my review of the AOR album occur here too - the production isn't always top notch and Slama's odd way of working with words tends to annoy me a little bit.
Website

Posted by ROCKUNITED.COM at 11:24 PM No comments: 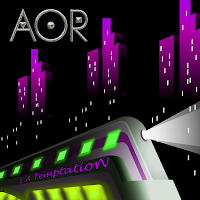 Frederic Slama is keeping himself busy with his AOR project "AOR" (!). The template is the same as for his previous albums - a ton of guest stars and several vocalists. Not to mention "L.A." in the title... The softer westcoast style of the early AOR material has slowly changed into a bit harder-edged melodic rock, but it's still safe to say that most "True Metal Fans" won't go crazy over this...

It might be just me, but I think the best tracks of the album are the first few numbers, especially the first two tracks. "No Margin For Error" and "Above Suspicion", sung by Phil Bardowell and Göran Edman respectively, are both fine uptempo melodic tracks with cool hooks. Then the production quality of the songs starts to vary from track to track, to the extent that some of the songs sound more like demos than actual recordings. I also noticed that some of Slama's lyrics and vocal melodies sound really complicated and hard to sing, as if there's just too many words in them. Take "When Darkness Falls" for example - it sounds like Joey Summer is singing a chapter from a book instead of a song!

All in all, a good two thirds of the album isn't too bad at all, but even the better songs would sound better with a bit more powerful and less uneven production.
Website

Posted by ROCKUNITED.COM at 10:52 PM No comments: