DARK SARAH: ”Behind The Black Veil” 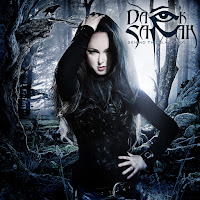 Former Amberian Dawn singer Heidi Parviainen has now adopted the name of Dark Sarah for her latest project. It’s a combination of finely orchestrated music with metallic leanings and operatic singing. Who said Nightwish? Actually this doesn’t like Nightwish that much, I’d say Dark Sarah is closer to Tarja’s solo material.

It’s a bit of a shame to give such a low rating to an ambitious album that’s obviously been put together with passion, precision and care, but I can’t help it. As great as the overall sound is, the songs just leave me completely cold. I kept hoping to come across a memorable hook, but no… everything is fine on the surface, the album sounds absolutely majestic and Heidi’s soprano soars above nicely, but damn it, where are the hooks, the memorable melodies? The most memorable song is ”A Grim Christmas Story”, a twisted and sinister adaptation of the old Christmas carol ”12 Days of Christmas”…

I tried, I appreciated certain aspects of this, but didn’t get it. Fans of Tarja Turunen, Nightwish and Within Temptation should check this out anyway. 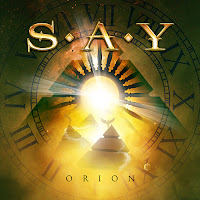 Former StoneLake members Jan Åkesson and singer Peter Grundström decided to create a new band with a more melodic edge than their former group. Following the trends of the last few years, they chose to call their band ”S.A.Y.”… Yes, another d.o.t. band!

S.A.Y. have a distinctively Scandinavian sound, which reminds me of The Magnificent, Return and the poppier side of eighties’ TNT, maybe a bit of Work Of Art too. Everything’s technically okay, the songs are melodic and have soaring choruses, but… something just doesn’t click with me. The melodies are fairly predictable and some of the songs are very much alike.

Even though the music industry is in trouble these days, the amount of releases doesn’t seem to diminish. Therefore an album like this that’s just ”OK” might not end up on everyone’s ”essential purchases”-list. Still, if you’re missing the glory days of TNT or waiting for the second Magnificent album, this might be something for you.

REASONS BEHIND: ”The Alpha Memory” 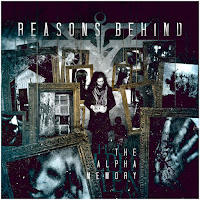 Found this album from the ”to be reviewed” folder… Reasons Behind… the press material included a lot of photos of the band’s lead singer Elisa Bonafe, but not much else… so, let’s google it…”Modern metal with strong electronic influences and charming female vocals.” Ok.

Reasons Behind play progressive metal with plenty of keyboards, but I don’t know about the electronic influences. And as charming she looks, Elisa’s semi-operatic, at times slightly Kate Bush-like are very much an acquired taste, and I can’t say I’m too fond of them. The music is well-played and produced, but somehow the songs don’t have enough memorable melodies. In fact, the old saying that ”less is more” wouldn’t hurt these songs - there’s just too much going on in them and Elisa seems to be singing all the time. I’m well aware that there are some instrumental passages too, but her presence is a bit overwhelming…

Who could I recommend this to? Fans of early Nightwish and Within Temptation might want to investigate. There are videos on the band’s website. 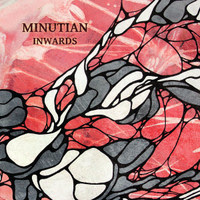 Inwards is the second album of Finnish prog rockers Minutian and this album is dedicated to the memory of guitar player Jaakko Jernberg, who died in 2012. Inwards contains nine new songs and the last track Redeemer was was composed by Jernberg.

Most of the tracks are long (maybe some are too long?) and do not offer enough variety to keep the attention of the listener. Songs like Burning Light, The Crust Of The Earth and Aphelion just drag on and on and do not even have decent guitar and/or keyboard solos. But what irritates me most are the too dominant vocals of Mikko Heino; he just sings too much and his voice really gets on my nerves after a couple of tracks. The only two interesting tracks are On Derelict Sidings and Void Within as both at least feature some musical variety and intelligence. Most boring and tedious song is without any doubt the last one Redeemer, a song that does not come "alive" at all. Minutian is NOT my cup of tea but maybe there is an audience for music like this, but I think that in this genre, prog rock/metal, there is so much more to enjoy than Inwards, that this CD will end up on a pile of nice try but did not succeed. 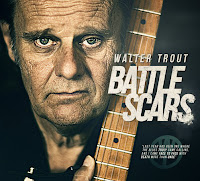 This is the much-anticipated follow-up to Walter Trout's superb 2014 album The Blues
Came Callin'. Battle Scars is a chronicle of Walter Trout's survival after his liver transplant; staring death in the eye and not knowing if he would live to go on making his music.

On this excellent new album are 12 tracks dealing with his battle between life and death and the lyrics are really emotional and also give a message of hope and will power. The album kicks off with Almost Gone, featuring harmonica, two superb very bluesy guitar solos and of course very emotional lyrics dealing with Walter's illness and his survival. Another highlight on the album is Please Take Me Home, a classic blues ballad with almost magical, out of this world guitar solos; showing that Trout is still one of the best guitar pickers in the bluesrockworld.

Fly Away is an up tempo blues rocker with a catchy chorus and a mean, almost swampy, howling guitar solo. Move On is maybe the "heaviest" song on Battle Scars; a blues rock track with heavy riffs and hooks and two mean and lean guitar solos. My Ship Came In features Trout on harmonica again, but the song almost explodes with the howling high guitar in the end. Cold, Cold Ground ia another Trout milestone and reminds me of good old Jimi Hendrix, as it is a classic slow blues song filled with astonishing guitar work. Trout's guitar solos on Cold, Cold Ground are probably the best on the entire album.

Unfortunately Trout also composed two mediocre tracks for Battle Scars, being the utterly boring acoustic Gonna Live Again and the last track called Sammy, Sammy which in fact only features one minute silence and a speaking voice! Without these two missers, Battle Scars would have received the perfect rating from me; but this album again shows/proves that Trout always will have a special place in my blues (rock) heart; especially if I listen to outstanding tracks like Cold, Cold Ground, My Ship Came In, Please Take Me Home and Fly Away. The emotional, heartfelt lyrics do the rest: "Last year has been one where the blues truly came calling and I came face to face with death more than once."(Walter Trout). Battle Scars is a fantastic blues rock album and I hope that Walter (with his new liver) will live for many more years and make excellent albums like this one. Highly recommended for lovers of real blues rock with steaming guitar solos; play it loud and often!!
Posted by ROCKUNITED.COM at 9:33 PM No comments:

THE RADIO SUN: ”Heaven Or Heartbreak” 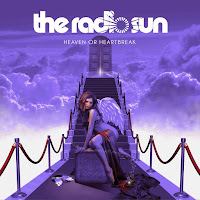 On their first album ”Wrong Things Right” The Radio Sun actually didn’t do the wrong things right, they did the right things right as far as I’m concerned. It was a nice collection of what I’d call ”summertime pop-rock”. On the new album, the band seems to have left the sunny days of summer behind, as I don’t get that ”summer vibe” out of these tracks. It being the end of October as I write this might have something to do with it too… But anyway, the songs are still melodic and catchy, but maybe a touch darker.

Just like on the previous album, each one of these songs could be considered as singles. The choruses are big and the harmonies smooth as ever. Compared to the debut there’s a bit more variety, subtle keyboards add a contemporary sheen to some of the songs. Then there are others which have more of a metallic flavour, the title track being one of those for instance. Favorites of mine include ”Dying Without Your Love”, ”Hanging By A Thread” and ”Madness In This World” but frankly, there are no throwaway songs here.

After the first spin I wasn’t too sure whether I liked this album as much as the first one. Vocalist Jason Old’s very unique style of singing started to bug me a little and the songs just didn’t seem that catchy. Now that I’ve given this album more time, the hooks have found their way into my head… I still think that every now and then Mr. Old tends to streeeeeetch the words unnecessarily though.

Posted by ROCKUNITED.COM at 9:11 PM No comments: