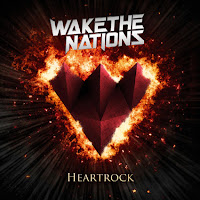 Wake The Nations initially started out as a solo vehicle for guitarist/songwriter Risto Tuominen. The first album, "Sign Of Heart" (2015) was more of a project than an actual band album, with several lead vocalists. However, it didn't take too long for the band to find its' current line-up. Krister Stenblom, one of the singers on the first album, took over the lead vocal duties and the band started gigging. At a festival in Turku they played before Sunrise Avenue, and made a lot of new friends there. A group of german fans fell for their melodies big time, eventually helping the band to do a tour in Germany. What's more, now the band's signed to the German AOR Heaven label.

The first album showed promise, and on "Heartrock" the band really deliver. With world-class production by Ilkka Wirtanen (Reckless Love, The Nights, Robin) and final touches by Erik Mårtensson (Eclipse, W.E.T.), fine performances by the band and top-notch songs, this album should make a considerable splash in the AOR genre.

Most of the songs are high-energy melodic hard rock songs with big hooks. The overall sound could be described as modernized scandi-AOR with a bit of an edge. Lots of lush keyboards but also crunching guitars and big drums.

My favourite songs include the strong opener "No Mercy" which reminds me of cult AORsters Valentine, the light and breezy "New Day", the intense "Higher" and the two songs provided by Sören Kronqvist, "Midnight Lovers" and "Something In Your Eyes". Although from an outside songwriter, they fit in seamlessly. I also want to mention the closing track "This Is Over", which sounds like a nod to the fans they share with Sunrise Avenue - it has that kind of a contemporary stadium-ballad vibe.

It's nice to start this year's reviews with a strong album, that sets the bar high for the other releases of 2019!

Posted by ROCKUNITED.COM at 8:14 AM No comments: 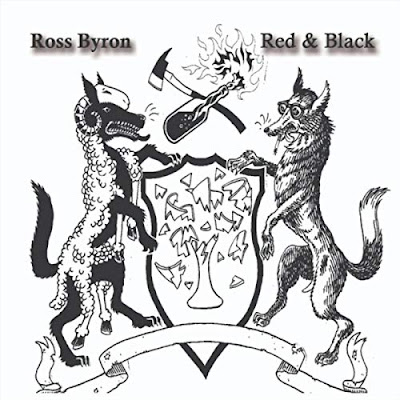 If you've not heard of Ross Byron it's no surprise, as he's a massachusetts singer songwriter who has used the online platform ReverbNation to launch this album. As such it's no surprise that great things shouldn't be expected, though it's a hell of a lot more professional than a cassette at a gig.


'Black & White' is certainly what I'd class as a 'grower'. the first couple of listens had me happy enough but on the fence about the overall grade, hovering between five of six out of ten. After a few more spins, though, I got into what Ross does much more. There's a variety of styles here, although they all come firmly under the ROCK banner. Of particular note for me is 'Cat In The Hat', which reminds me of Living Colour' with it's funky guitar and bass. Elsewhere there really is plenty to enjoy, with Ross coming over like a hybrid of Phil Vincent and Blaze Bayley. What I'm getting at there is he has Phil's creativity, happy to go wherever the muse takes him, coupled with a basic vocal style that often reminded me of Blaze, though the music is softer in general. Lyrically he's pretty good, with 'Free To Be A Slave' hitting several right notes, and once again it's a case of writing what he feels at the time, not just protest or love songs or whatever. Ross plays guitar throughout the album, and again whilst it's not electrifying it does it's job well, especially during the six and a half minute 'Job' (as in the bible dude) adding another layer of competence to an already solid piece of work.

'Red & Black' is unlikely to set the world on fire, but it might provide an essential spark. I certainly enjoyed it more than I thought I would, and once you get your head around the eclectic mix here I think you will too.

Listen to it HERE 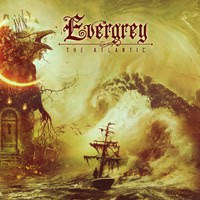 The Storm Within, the previous Evergrey album, was one of the best albums of the year 2016 and now these Swedish prog metal guys come up with another gem called The Atlantic.

Evergrey's 11th album is a must for fans of melodic, heavy dark progressive metal and the album features 9 new songs and one short instrumental intermezzo called The Tidal; the latter being a multi-layered keyboards Vangelis-like song, which is probably an introduction to The End Of Silence.

The Atlantic hits you in the face with the 2brutal" opener A Silent Arc which stands out due to the emotional vocals, the dazzling, heavy sound and the up tempo hooks and riffs. Furthermore A Silent Arc features two amazing ferocious guitar solos and astonishing drum passages. Weightless is a head-banging track with lots of heavy grooves and a howling fast guitar solo, which is followed by my favourite song of this album being All I Have. That track is bombastic, emotional and melancholic at the same time and it also features a magnificent beautiful chorus where Tom's very recognisable voice stands out like almost never before on any Evergrey album.

Other highlights on this superb album are Currents (with amazing guitar solos), Departure (a slower track filled with lots of emotion) and The Ocean (dark with dominating guitars). The Atlantic is a strong, diverse, consistent magical album and there is never a dull moment, so a must for prog metal fans all over the world. The Atlantic will definitely be in my top 3 albums of the year 2019, so check it out and play it loud!!!