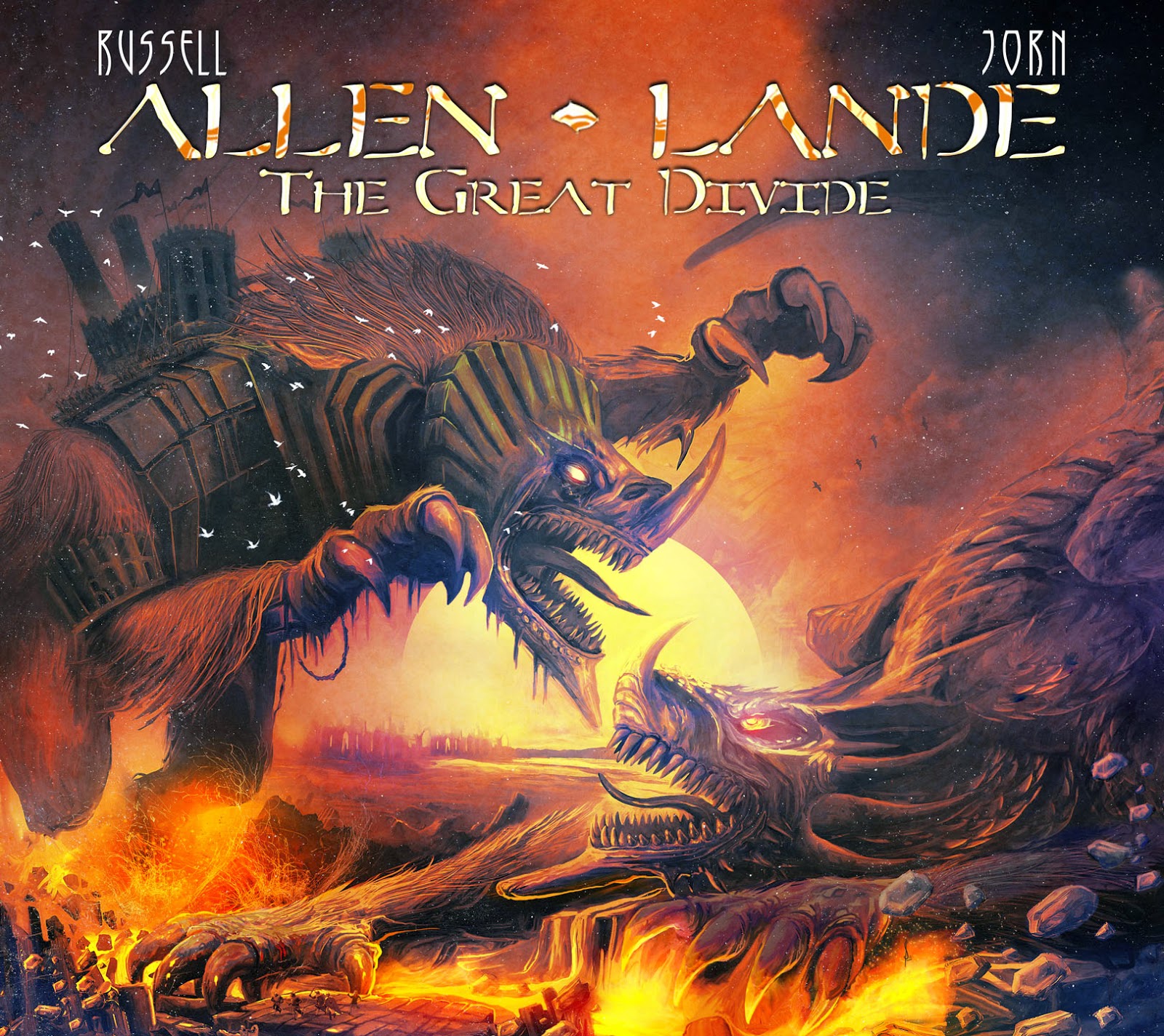 ”Never change a winning formula”? That’s what they say anyway… All three previous Allen/Lande-albums were written by the Swedish songwriter/producer/guitarist Magnus Karlsson and featured the two great vocalists Russell Allen and Jorn Lande. You won’t win any prizes for figuring out what part of the formula has been changed…  Karlsson’s role in the project has been assigned to former Stratovarius guitarist Timo Tolkki, a surprising move from Frontiers but in the end it has been a rather successful one. At least when it comes to the quality of the music, the commercial success remains to be seen.

I wasn’t sure how this album would turn out, as Tolkki’s recent material has been hits and misses. The first Avalon album was a good one, but the second one failed to match it. I shouldn’t have worried, for this album Tolkki has been very focused and written a good selection of songs. Stylewise these songs aren’t that drastically different to those on the previous albums, even though there are definite echoes of Tolkki’s Strato-years in some of the songs. The production is powerful and clear, and the two singers sing like metal gods.

Highlights… the opener ”Come Dream With Me” is a powerful and very melodic track with both of the singers sharing vocals. This has a certain ”Stratovarius-single”-vibe to it, thanks to its’ anthemic chorus and catchy guitar work. ”Down From The Mountain” is a bit heavier but just as melodic, as is the fast paced ”In The Hands Of Time”. ”Lady Of Winter” is the kind of a plodding mid-tempo track that I usually don’t like, but damn it, this one comes with a superb chorus that’s hard to resist! ”Hymn To The Fallen” is also very good and ”Bitter Sweet” is a great, majestic ballad. 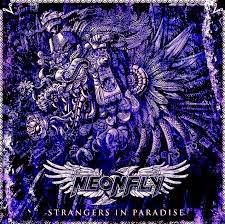 
UK noise makers Neonfly have been beavering away at their second album for a while now, and to be honest expectations weren’t amazingly high, although their debut album was a solid piece of work. Well, my own expectations have been blown right out of the water by ‘Strangers In Paradise’, an album that sees Neonfly gain a few rungs on the rock ladder of success.

The most fun thing about this album is the way it continually defies attempts to slot it into a comfy pigeonhole. \Opener ‘Whispered Dreams’ is a gloriously catchy mix of power metal and melodic rock with sumptuous vocals and harmony. The vocal mix is something that continuously lifts the album throughout, with singer Willy Norton possessing one of those high register voices that has poise and power in equal measure. The thing is, Neonfly aren’t a power metal band, even though they sometimes to a good impression. What Neonfly are is a power metal prog AOR melodic hard rock band. You know, obviously…

The Progness comes in all over the place, with the band able to slip in a bit of proggy introspection into songs under 4 minutes long, which is a nice touch. There’s only one ‘epic’, the six and a half minute ‘Chasing The Night’, a pretty straightforward rock track with a break in the middle for atmosphere. After all that fun, the album closes with one of the most beautiful tracks of the year, ‘Falling Star’ – something that TNT would have done almost as well back in the good old days. There’s also a neat instrumental track in here (‘Aztec Gold’), where guitarist Frederick Thunder gets to show off his not inconsiderable chops. All in all, a damned good mix of style and substance.

‘Strangers In paradise’ has come right out of left field, and will surprise and delight a lot of people who never even had Neonfly on their radar. A consummate rock album for the modern era, it encompasses just about everything we like about this genre called ‘rock’. Personally, I would have preferred a few more pacy songs like the opener, but this still stands as a first class album by a band who are just about to make a big splash in our small pond.

Band Facebook Page
Posted by ROCKUNITED.COM at 11:12 AM No comments: 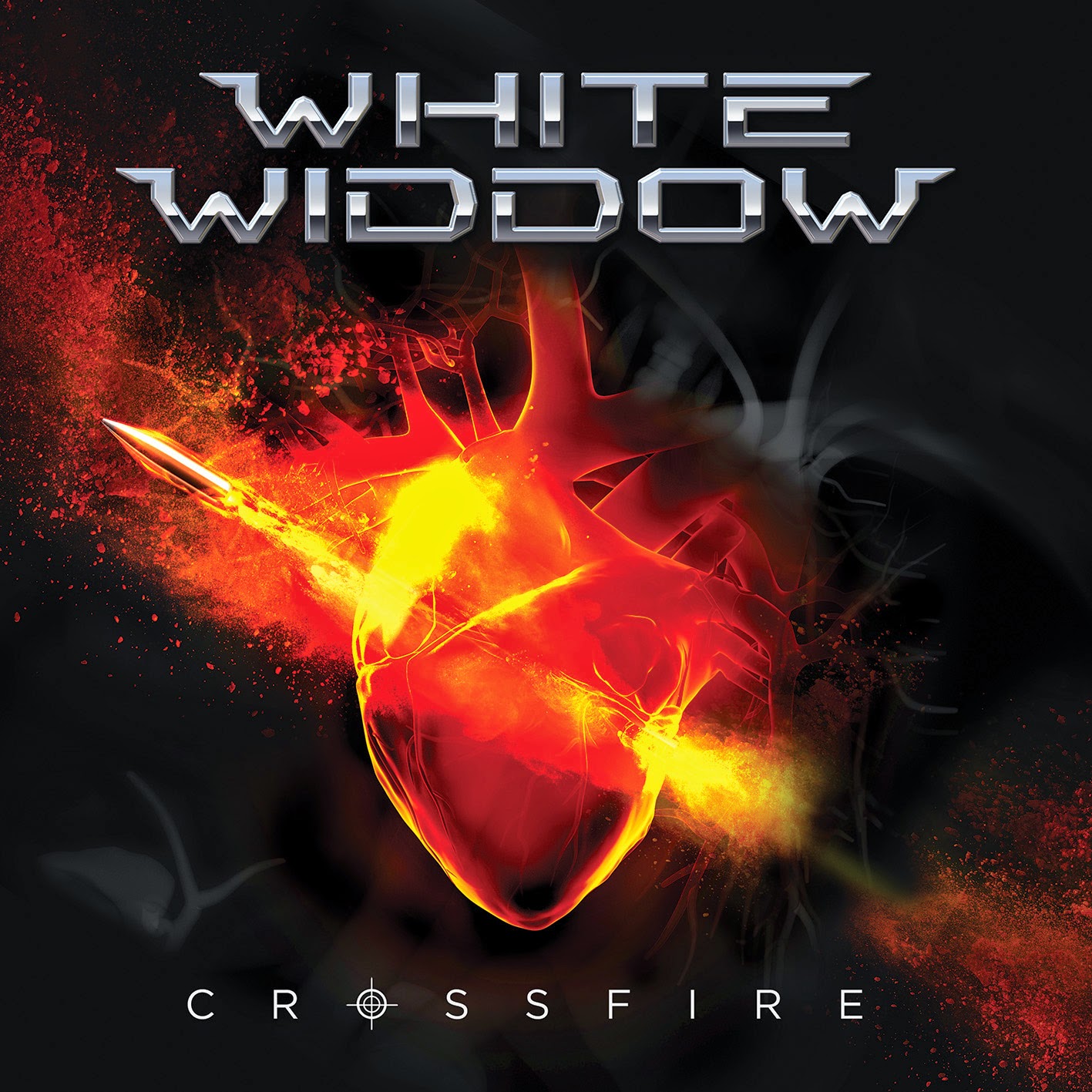 I don’t know about you, but I like these newer AOR bands who manage to add some energy and bite into their music, while still using tried and tested elements. Purists might argue that their music isn’t AOR at all because of the metallic edge, but then again, we could spend hours discussing what is Adult Oriented Rock and what is not.

”Crossfire” is the third album from Austalian White Widdow, and while I’ve liked the previous two, I think this is their best one so far. Their style hasn’t really changed over the years, but now they’ve come up with some killer tracks and somehow they sound really focused and energized.

I could imagine the younger generation getting into this because the band isn’t a pale imitation of Journey or Bon Jovi. It seems to me that their influences come from somewhat more obscure sources like Treat, White Sister, Shy and Aviator, thus making them sound a bit more exotic.

Each one of their songs comes with a big chorus, majestic keyboards and a lot of attitude.    Yes, attitude. Even though the lyrics are the usual kind of relationship-stuff, it feels like there’s an underlying theme of determination in them and in the songs itself. Vocalist Jules Millis delivers his lines with a lot of passion and sounds like he means what he sings.

There isn’t a filler among these tracks, but I want to mention a few really special ones. First of them is ”Caught In The Crossfire”, the hard-edged opener with a strong Treat-vibe. ”Fly Me Away” carries the Treat-vibe in a slightly more mellow vein, while ”Just Another Night” has one of the finest choruses of the year. ”Below The Belt” recycles the riff from Poison’s ”Fallen Angel” and a dozen other songs yet the band make the song their own with great keys and a clever chorus. ”Dreams Don’t Die” sees Xavier Millis throwing in some extra cool keyboard flourishes and the harmonies are rather marvelous, as they are throughout the album. I see I mentioned all the tracks on the first half of the album… Oh well. The second half is very good too, with ”Too Many Tears” and the balladic ”Carry The Heartache” as standouts.

I wasn’t really expecting that I’d be handing out as many 5R ratings this year as I have done, but what can I do? Quality albums like this deserve the highest accolades. 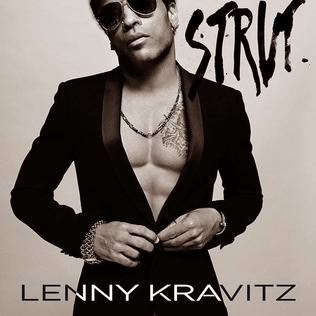 I have never been that much into Lenny Kravitz, but after hearing the first single ”The Chamber” from this album, I thought I’d check it out. As it often turns out, the single wasn’t really representative of the album’s overall sound. ”The Chamber” is a unashamed throwback to the eighties, a catchy pop tune that would not have sounded out of place on Jean Beauvoir’s solo albums. Those LK fans who didn’t like the single are probably relieved to find out that most of the album is more in the vein of typical Kravitz material.

The album does start with another 80’ies styled track. ”Sex” reminds me a lot of Duran Duran’s early material like ”Girls On Film” or ”Rio”. With ”The Chamber” as the second song, one could be fooled into thinking that Lenny has fallen completely for the eighties’ sounds, but that’s not the case. The gritty, rocking ”Dirty White Boots” and the funky ”New York City” are more familiar LK stuff, as is the slower ”The Pleasure And The Pain”. The rest of the album showcases Lenny’s versatile style from bluesy ballads to funky tracks like ”Strut” and ”Frankenstein”. Some of it is okay, some of it not that great… ”Ooh Baby Baby”? Seriously?

For what it’s worth, I really like the sparse, spacious production on the album. Every song seems to have room to breathe, yet there’s quite a lot going on in some of them. There’s no denying that Kravitz is a great singer and guitar player, but still, I’m still not that much into his material. ”The Chamber” is one of the best mainstream songs this year though. 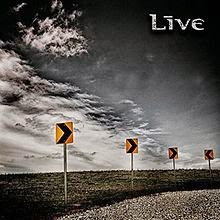 Finally after a long hiatus of eight years there is a new album by LIVE, the Pennsylvania quartet from York. The Turn is their eight studio album and I can already say that it is a good, decent rocking album with 11 brand new songs. Well, what else is new with  LIVE? The lead singer is now Chris Shinn (formerly of Unified Theory), as you know of course that Ed Kowalczyk left the band, and the other three original members Taylor, Dahlheimer and Gracey are also back on track. In the late eighties and the beginning of the nineties   LIVE had massive hits with songs like Lightning Crashes, I Alone and The Dolphin's Cry, but now the new era of LIVE has begun. The new songs of The Turn are filled with great hooks, riffs and melodies and without any doubt there are many songs on this album to sing along to. Take for example Natural Born Killers, 6310 Rodgerton Dr. or By Design which all have very catchy choruses and have that typical LIVE sound and atmosphere. New vocalist Shinn does a great job and in the rather dark, heavy opening track Sirens Call (one of my favs on the album) he actually sounds like the vocalist from Soundgarden! Another great song is called The Way Around Is Through featuring a great guitar melody and lots of vocal power. Unfortunately this album also features a misser as the last acoustic track Till You Came Around is utterly boring. However, the rest of the album is great as the music bursts with energy and the sound is harder and heavier than before, making The Turn a big rock album, which you have to play very loud through your loudspeakers. LIVE is back and I hope they are here to stay! The Turn crashes loud and clear, get it now.

Posted by ROCKUNITED.COM at 5:26 PM No comments: