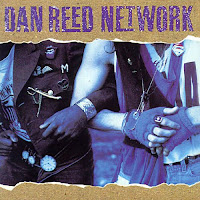 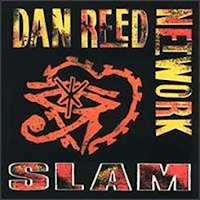 Back in the day (yeah, I'm old) I'd buy pretty much anything Kerrang! told me to, and pretty much ebjoyed it all as well. One such disc was Dan Reed Network's sophomore release "Slam", which came out in 1989, a year after the debut. I remember well travelling to Shades (buy or die!) in London to get my CD signed, and I still have it to this day. Indeed, I even slip in a track or two when I'm DJing, as a bit of "Rainbow Child" or "Tiger In A Dress" easily passes as contemporary music thirty years on.

Ah yes, thirty years on, and time for the ever popular anniversary tour. In this case it's a triple heard with FM, revisiting their own second album"Tough It Out", and Gun, playing though their debut. I actually saw all three on their original tours and have been enjoying digging the relevant albums out. Thing is, there's no Dan Reed digging required, as I've now got a shiny new copy of "Slam" plus my first ever CD copy of the debut (I had it on cassette).

Both albums are excellent, there's no other word for them. Whilst the debut has such catchy funk rockers as the awesome "Ritual" and "Forgot To Make her Mine", it also has some great chill out tracks, too, like Tamin' The Wild Nights' and "Halfway Around The World". Catchy, funky and passionate, it was a surprise when the band came up with an even better album a year later. "Slam" is simply a timeless classic, less out and out funk than it's predecessor but still unafraid to funk it up when needed and to rock it up when a change of style is required. "Rainbow Child" is a hippy love song that I think I will never grow tired of, and "Strong As Steel" would be a massive romantic hit in any sane world (not this one, then). It's a beautifully balanced album that, like the debut, makes you want to dance and smooch in equal measure. Seriously,these are two albums that have stood the test of time with consummate ease and everyone should own them.

Now as for the reissues... well, there's not a lot to say as there's zero extras. The 2019 "Slam" is identical to my 1989 copy, and although it's been remixed the original was pretty darned good and if I'm honest I didn't really notice. If you originally have the CDs then this isn't really aninvestment I can reccommend unless you're a completist. However, if you don't own them, or want to check them out before (or even after) the tour, then you should definitely pick them up, as Dan Reed Network were one of the most original, entertaining, creative and expressive bands of the late Eighties. Slam dunk the funk, because everyone needs to own these.

Posted by Reviews Ed at 3:12 PM No comments: 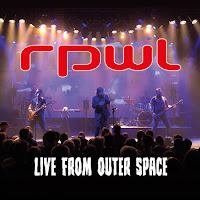 Their last studio album Tales From Outer Space, RPWL’s 10th one, was again a prog rock blast. These German prog rockers now “return” with a double live album recorded at The Boerderij in Zoetermeer, The Netherlands. This great sounding double CD contains thirteen tracks and the entire last studio album (seven songs) can be enjoyed on the first CD.

The gig kicks off with a War Of The Worlds-like speech called News From Outer Space, before A New World sets the Boerderij “on fire”. Needless to say that the first seven songs are performed extremely well, with the definite highlights being: Light Of The World (magical guitar solo) and Give Birth To The Sun. CD2 features a back catalogue of classic RPWL songs from albums such as World Through My Eyes and The RPWL Experience. Kalle’s Gilmour-like guitar solo in Masters Of War is probably the musical cherry on the cake of this second CD. Of course Roses, the anthemic RPWL classic is also featured here as well as Hole In The Sky, Sleep, Trying To Kiss The Sun and Unchain The Earth. Need I say more???

Live From Outer Space is an amazing live recording of the best German prog rock band ever, a must have for lovers of prog rock, brilliant and highly recommended; get it now!!!


Posted by ROCKUNITED.COM at 8:45 PM No comments: 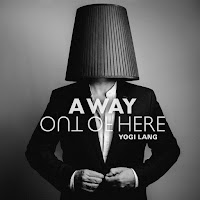 Nine years after his solo album No Decoder, Yogi Lang, vocalist and front man of RPWL, releases his new solo project called A Way Out Of Here and without further ado let me tell you that this is again a brilliant neo prog rock/art rock album. Of course it also almost an RPWL album but that is mainly due to Yogi’s very recognizable, charming vocal performance.

A Way Out Of Here contains nine songs of which Move On, Don’t Confuse Life With A Thought (excellent song title), Love Is All Around and Early Morning Light are the musical gems. The latter, my personal fav, is an instrumental prog rocker, featuring heavenly, melodic sparkling guitar solos from Torsten Weber; in other words a very emotional and romantic track. Move On, the opening song, also the longest track, features a RPWL guitar riff, catchy guitar melodies and Manfred Mann-like keyboards solos from Yogi himself. The piano-led ballad-like last track I’ll Be There For You is again a typical Yogi Lang song featuring great vocals and lots of melody.

All the music and lyrics were written by :Lang with the exception of Freedom Of The Day, which was composed together with Guy Pratt (bass player with Pink Floyd and David Gilmour). Lang is musically assisted by Torsten Weber (guitars), Stephan Treutter (drums), Yvo Fischer (bass guitar), Kalle Wallner (guitars on track 4 and 9 and Klaus Reichert (pedal steel and mandolin). A Way Out Of Here is a very impressive album, a must have for art rock aficionados.