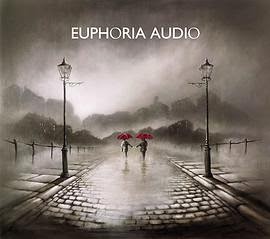 Official Site
Posted by ROCKUNITED.COM at 3:05 PM No comments: 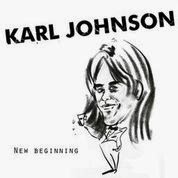 You probably don’t know Karl Johnson, ex lead singer and writer for Spin, but he’s been plotting away in his shed at the bottom of the garden for a while now, preparing to take any part of the world that’ll have him by storm. Much like fellow one man band Phil Vincent, Karl does just about everything on this, his first solo album, and is planning to release several more.

So is the UK’s version of Phil Vincent worth your time? I have to say that he certainly is, with this full length debut coming in at a wallet friendly £4.99 to download from his official site (link at the bottom of the review). Although he has recorded heavier music for a future release, ‘New Beginning’ is definitely aimed at the melodic market, grabbing melodies and influences from classic AOR, modern pop rock and even a bit of West Coast, with the laid back but still groovy ‘Ordinary’. Vocally, he has a fine voice, and the whole thing is very well balanced considering it was all done by the man himself. It’s not really a guitar heavy album, although there are some nice little solos – it’s all about the melody and choruses, which is fine by me.

It’s always nice to find a new artist who has the discipline to put out an album with no weak tracks, and Karl sensibly keeps himself down to eleven tracks rather than loading up with more ‘just because I can’, as some do. The standout track for me is the upbeat, ludicrously catchy ‘Brightest Star’, although there’s certainly plenty of competition elsewhere. Overall, it’s reasonably laid back but with a coiled spring like energy bubbling away beneath the surface. Definitely a name to check out, especially at the nice price, Karl Johnson deserves a few minutes of your time.

Official Website
Posted by ROCKUNITED.COM at 12:18 PM No comments: 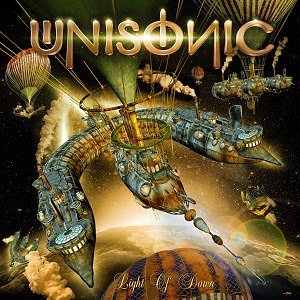 Official Site
Posted by ROCKUNITED.COM at 10:53 AM No comments: