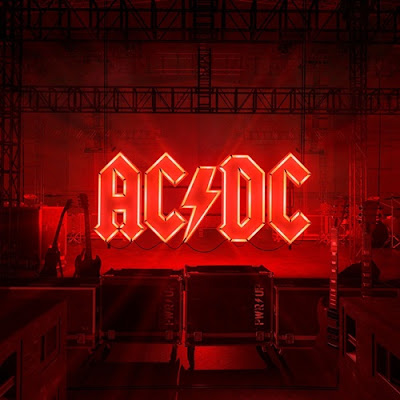 Let's be honest and admit that AC/DC haven't been a must buy album band for many, many years. Typically an AC/DC album is half full of great rocking tracks and half full of “meh”. To be fair, they've always been about astounding live performances and have a plethora of classic tracks to play with, so for me the albums are something I always listen to but usually carve up for the digital collection. You may not feel the same, but I thought it best to know where I stood before listening to 'Power Up', the bands eighteenth studio album and their fourth this century.

It looked unliklely that this album would ever happen after Brian Johnson walked away, followed by Cliff Williams, but the lure of purebred rock and roll must have been too strong, and the classic line up has been retained, with Phil Rudd on drums and Stevie Young (Son of Angus' older brother Stephen) replacing the sadly deceased Malcolm on rhythm guitar. So is it a case of too little too late? Can the old boys still pull out a top album after so many mediocre ones and save 2020? Ah... you've seen the score at the top – of COURSE they can!

'Power Up' also known as 'PWR/UP' (which is better), is definitely as solid an AC/DC album as we could have wished for at the stage in their career. Preview single 'Shot In The Dark' impressed a lot of folks, me included, but we've been burned before. Whilst it is definitely a highlight here, though, it's joined by eleven other tracks that are of similar quality, from the simple stomp of 'Wild Reputation' to the absolutely classic AC/DC guitar sound of 'Witches Spell'. Tracks like 'Systems Down' and 'Code Red' just FEEL like AC/DC, and whilst the style wasn't originated by them and is certainly not exclusive to them, when they do it right they are untouchable. Brian Johnson sounds fantastic throughout, and Angus can still peel off a lick or two at the drop of a cap. It's great, too, to hear Phil Rudd and Cliuff Williams' pounding backline so thrust into the mix.

'Power Up' doesn't have any full on upbeat rockers like 'Heatseeker' and there's no stone cold classic like 'Thunderstruck', but instead contains thirteen hardcore rock tracks that really work well together, with enough variety in pace and feel to stop any boredom setting in. If you're a fan, and I know most of you will be, the opening salvo of the upbeat 'Realize', the stomping 'Rejection' plus the aforementioned 'Shot In The Dark' will certainly restore any faith in AC/DC you may have lost over the years. It feels like it's been an age, but it's time for some power.