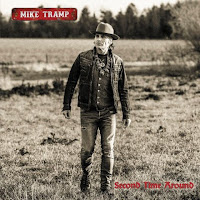 White Lion were one of my absolute favourite bands back in the day. When the band broke up, I kept following vocalist Mike Tramp's career with Freak Of Nature and later as a solo artist, all the way to the questionable White Lion rebirth. Somehow I've lost track of his solo stuff after that. I've been vaguely aware that he's released several solo albums during the last ten years, but I haven't really tracked any of them down. So, although all songs on this album have been previously recorded on the "Rock'n Roll Circuz" album, they're all new to me.

Mike Tramp the solo artist doesn't sound like White Lion or Freak Of Nature, both products of their time. Tramp's solo material could be described as timeless guitar-driven melodic rock. These songs could have been recorded anytime during the last 40 years, there aren't any real telltale signs of when they were written or recorded. What's more, the years have been kind to Tramp's voice and he sings with passion. The heavy metal wails may be history but instead we get a Springsteen'ish storyteller.

There are some highlights I want to mention. The opener "All Of My Life" is an excellent uptempo pop-rock track which reminds me of vintage Bryan Adams, while "Back To You" goes back to the 70'ies or early 80'ies. The same goes for "Between Good And Bad" which mixes The Who with Thin Lizzy. There's even a touch of White Lion in the chorus, I think. The duo of road songs, "Highway" and "The Road", both have a bit of a Springsteen vibe, the latter especially. Someone cynical might say that Tramp has tried to re-write White Lion's biggest hit "When The Children Cry" when it comes to the album's ballad "When She Cries", but despite the title and the song's acoustic nature, it is a more personal story, and a very touching one at that.

A few somewhat average songs bring down the rating a notch, but still, it's nice to get reacquainted with one of my heroes from the past.

Posted by ROCKUNITED.COM at 10:56 PM No comments: 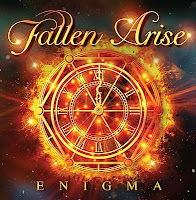 Fallen Arise are from Greece, and they're labelled as symphonic metal. "Enigma" is their third album, and apparently they wanted to refresh their musical style with it. I haven't heard the previous albums so I can't comment on that.

I've played the album a few times, and while it's quite enjoyable as it is, it clearly misses the standout tracks and perhaps something that could be described as "their own thing". Now the band sounds like rough-edged Within Temptation from a few years ago, with some growled male vocals thrown in. The symphonic, bombastic elements aren't particulary dominant, and while the press release states that "pop music is a huge influence on the band's compositions", the hooks aren't pop-catchy.

The stronger tracks and sharpest hooks are on the first half of the album. My favourite tracks are the title track and "Forsaken". The acoustic "Horizon" is a nice breather among the heavier tracks, it has a certain kind of a relaxing vibe and Fiona Creaby's vocals are really good.

If you think that Within Temptation has moved too far from their roots, you might want to check out this album.

Posted by ROCKUNITED.COM at 11:57 AM No comments: 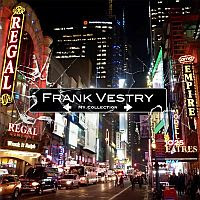 Frank Vestry may not be a household name, but he does have a long history. This album is collection (no surprise!) of songs from his career, starting with Jack Starr's Burning Starr album "Rock The American Way". It also features songs from the bands Laneslide, Last Temptation, The Pack and Devias. One third of the album's songs originate from the highly-rated Marcello-Vestry album (2008), on which he collaborated with Danger Danger members Rob Marcello and Bruno Ravel.

Despite being from various songs, the album sounds rather cohesive. The production quality  varies, but the musical style stays pretty much the same. Depending of the era they were originally recorded, the songs come with typical stylings of the time, but in the end, it's AOR, melodic hard rock all the way.

Mr. Vestry has a great voice for this kind of material, sounding to my ears like a relaxed Mike Reno (Loverboy). Yeah, I like this... so much that I need to get my hands on the original releases these songs came from.

Posted by ROCKUNITED.COM at 8:57 AM No comments: 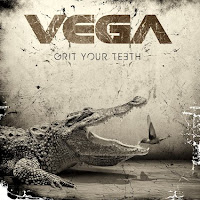 It's that time again, as British would be rock legends Vega release their sixth album, continuing a trend that has seen them get better and better with every one. For those not in the know (where have you been? North Korea?), Vega specialize in ultra melodic hard rock music with catchy choruses, short guitar solos and soaring vocals.
'Grit Your Teeth' kicks off, as do all Vega albums, with a banging track. 'Blind' is a bass heavy stomper that allows vocalist Nick Workman to show off his range nicely. It's definitely the heavier side of Vega, as is the fantastic fourth track 'Man On A Mission', which has an even bigger sound and an even better chorus, more bluesy but still unmistakably melodic rock. The recent single (I Don't Need) Perfection' is a perfect Vega track, a pure piece of upbeat melody with a solid guitar sound and a chorus that just won't quit. Go have a listen on YouTube and if you like it then there's zero doubts you will love this album. The main problem is picking highlights, as there's so much awesomeness here. It's all about the choruses, really, and that's what Vega do best. 'Consequence Of Having A Heart' skates perilously close to Tears For Fears' 'Mad World', but I am assured that any legal challenge would fall flat! The slowest track is 'Battles Ain't A War', and it's a great tune that doesn't get in the way of the faster tracks in any way. The quality continues all the way to the end, as 'Done With Me' closes the album with a real dollop of pure melody and, naturally, a killer chorus backed with a little 'Hey! Hey! Hey!' for the live shows.

Eleven tracks stuffed in just over forty minutes after 'Blind' kicks in and it's over. I'll be honest, I've not yet been able to listen to this album just the once, as it's one of those that makes time really fly, and if you start listening to it you'll soon be wondering just where the afternoon went. Special mention must go to the production from the Graves Brothers, who have given Vega a more meaty sound that brings to live more how they are live and really works. Vega have really puled it off with 'Grit Your Teeth', and I have no doubt that this is their best album yet, in itself quite a feat. It sucks that everything gig wise has been put on hold, but hopefully there will plenty of locked down households getting Vegafied who will make the tour, when it happens, the best yet too.

OFFICIAL WEBSITE
Posted by Alski at 12:43 PM No comments: 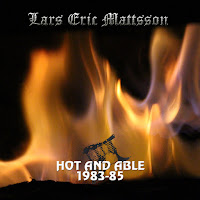 Lars Eric Mattsson has been around for what seems like forever. My first encounter with his music was on a Bailey Brothers' collection album in 1987 I think. He's now the head of Lion Music record company, who have released plenty of progressive, instrumental and neo-classical metal over the years, including the classic Seventh Wonder albums "Mercy Falls" and "The Great Escape".

These songs pre-date the first Lars Eric Mattsson solo album "Eternity" (1988) and his appearance on the aforementioned compilation album. They are from the archives of his first band JOE COOL, but re-recorded now. These songs truly sound like they were recorded in 1983-1985, but then again, maybe that was the intention. There's a certain charm in the sound, it reminds me a little bit of White Lion's debut album "Fight To Survive", but at times it's rather dated.

Most of the songs are rather straight-forward hard rock tracks, with fierce guitars from Mattsson. At times the songs venture into the Progland and never find their way back, take the aimlessly wandering "Enola Gay" for example. For my money, the uptempo, catchy rockers "Hot And Able" and "Run Tonight" are the best ones of the bunch. There are a few others I enjoy too, like "Don't Think It's Love" with its' Zeno-vibe and "Don't Throw Away" which has a strong hook.

With 16 tracks, there's maybe a few too many here, but I get it, this is an "anthology"-type of an album, celebrating the legacy of Joe Cool.

NASTY HIGH: "Where The River Runs" 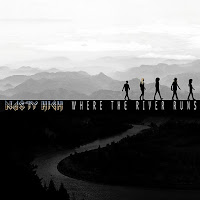 Nasty High? To be honest, with a name like that I was expecting this to be yet another mediocre sleaze rock band, a Steel Panther tribute or something like that. Maybe a new Swedish band put together by former members of Nasty Idols and Aces High... but no, Nasty High are from Nottingham, UK and having supported Crazy Lixx (another "great" band name!) is their only connection to Sweden, as far as I know.

The first track "Make 'Em Pay" didn't do much to improve the band's position in my books, it was a fairly standard sleaze rocker with high-pitched vocals and a dull hook. It was energetic though, and I kept listening... "Renegade" sounded better, with a somewhat better hook and good backing vocals. And I kept listening... "Waiting To Fall" kicked off with a Poisonesque riff but morphed into something highly melodic. The chorus showcased the band's rather excellent vocal power.

The winning streak continued with the superb "Travelling In Time", "Catastrophe" and  "Don't Leave The Light On". All of them featured the "Nasty High Choir" in a starring role, and I threw away my prejudice. Nasty High had won me over.

The remaining four tracks included one gem, "Believe It". The other three weren't quite as strong. The title track, the big ballad of the album had the makings of another hit, but somehow it sounded a bit over-the-top, a more subtle approach might have been better for it.

And hey, extra points for the cover art, it's kinda cool and unusual.