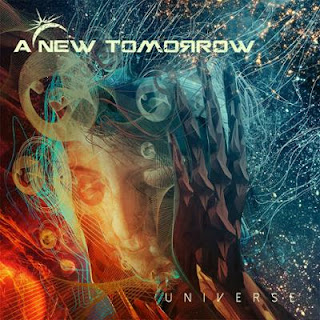 And now... something completely different??? Well. At least when we're talking about Frontiers and the slab of melodic records they are normally releasing. It's hardly different from the average white people on dope record as of lately. It's actually smack right down the middle of the road and in the style of Alter Bridge, Green Day and pretty much any other mainstream poser act. The latter is Punk, you say? Clearly you have never really been listening to Punk Rock? They are more like Power-Pop with Punk influences.

Formed in London by vocalist/guitarist Alessio Garavello (ex-Power Quest, Arthemis) and bassist Andrea Lonardi, the two were later joined by Tim Hall on drums and Michael Kew on guitars. The vocalist (Mister Garavello) is of the more modern kind, but there's nothing wrong with the singing or the pipes. It's all commercial online collage radio 'ala 2015 and the kind of stuff that goes a long way without actually moving or saying much. Don't get me wrong. It's hardly the worst record of the century, it's just so, been there, done that. And yes, the same goes for many of classic rock sounding albums. However. This is the stuff that all the new acts are playing at the moment or in the past ten years for that matter.

Drummer Tim Hall comments: "Several years of amazing times, full of both ups and downs, not just as a band but as great friends, gave us the foundation to write something special for this record. 'Universe' became the only title to encompass all our experiences as individuals and as a band, with themes – from fear and doubt to taking back the pursuit of our hopes and dreams – that I think all of us can identify with. The time we took gaining experience as a band, before writing 'Universe', has really allowed us to find our own space within the music allowing our own individual influences to come across a lot more than in our previous releases", end quote. Previous releases? This is their debut?
Posted by Urban Wally Wallstrom (RockUnited.com) at 11:19 AM