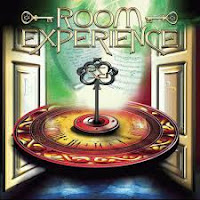 It’s project time again, and with this sort of thing your interest will usually be stirred if you’re a fan of one or more of the collaborators. The album is all about Gianluca Firmo, a keyboard player you will not have heard of, mainly because this is the first time his songs have been recorded. He’s been helped out by Davide Barbieri (Wheels Of Fire and more) and Pierpaolo ‘Zorro 11’ Monti (Shining Line and more), who managed to drag in the deservedly popular vocalist David Readman (Pink Cream 69) to help bring the songs to life. Throw in Alessandro ‘Mr Project’ Del Vecchio and several other guests and you have yourself a melodic rock album.

Plenty of people put a lot of faith in Firmo’s songwriting, and had over a hundred songs to choose eleven from. In the end, they didn’t choose too badly, and Room Experience (one of the worse names out there, folks) has some upbeat, catchy tracks. So we have songs like the bouncy opener ‘Shock Me’, or in infectious ‘Not Time Yet For A Lullaby’, and a few others that have a decent pace and great melody, just right for Readman’s voice. The problem I have is that more than half the songs here are slow to mid pace, and just don’t come over as anything that special. There’s certainly nothing wrong with them, but I just kept getting a ‘heard it all before’ feeling.

So a mixed experience from this room for me. There’s nothing here I actively dislike, I just would have liked a bit more energy throughout. If you are a fan of less frenetic AOR this is worth checking out, but personally I can’t get over excited at something that refuses to stand out from the crowd as much as it should.

Official Site
Posted by ROCKUNITED.COM at 11:47 AM