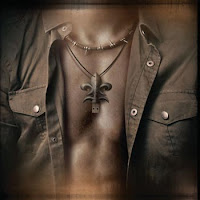 Operation Mindcrime, iconic concept and one of the best metal albums of the eighties alongside the work of Iron Maiden, Metallica, etc. It's now 2015 and vocalist Geoff Tate push the boundaries further and beyond the musical territory of classic Queensryche. I'm sure you're well aware of the nasty split up, so let's not dwell on the past. The Key, the prog rock trilogy and thus one of three albums for Tate to break new musical ground? The concept about some geezer finding the ultimate key which open up.... I don't know? The Internet? Not the best of concept to be honest and you tend to look at songs individually rather than story-wise.

The shocking poor singles, The Stranger, Hearing Voices, the worst two tracks on the record and people should bow their heads in shame for releasing them in the first place. What were they thinking? Let's scare off as many potential buyers as possible? Life or Death, (Mark Daly singer with The Voodoos, guests on this track), another shock to the system and there's several moments of ups and downs like a massive roller coaster ride. To be honest. There's not a whole lot to say on a positive note. But if you look past the worst drivel, there's actually a couple of good songs or more to be found on The Key.

Atmospheric, and at times dark, progressive rock, where 'Re-Inventing The Future' sounds more like a decent throwback to Eyes of A Stranger. Opener, Choices, written by former Queensryche guitarist Kelly Grey, tend to get on my nerves as it stays in second gear. It's Promised Land met alternative David Bowie and the same goes for Burn. Neither bad nor good, they never really reach out to touch ya'. Ready To Fly, atmospheric alt. metal with just a hint of classic ryche.

On Queue, the best song on here with its balladic sound and saxophone solo by Tate. The instrumental work of An Ambush Of Sadness and the following, Kicking In the Door and The Fall, three more decent tracks. It's like if I'm reaching for the stars though and let's hope for something bigger and better on album two (remember it's a trilogy?). Final verdict: Well. At least he's not cashing in on the classic Operation Mindcrime sound.
Posted by ROCKUNITED.COM at 4:52 PM