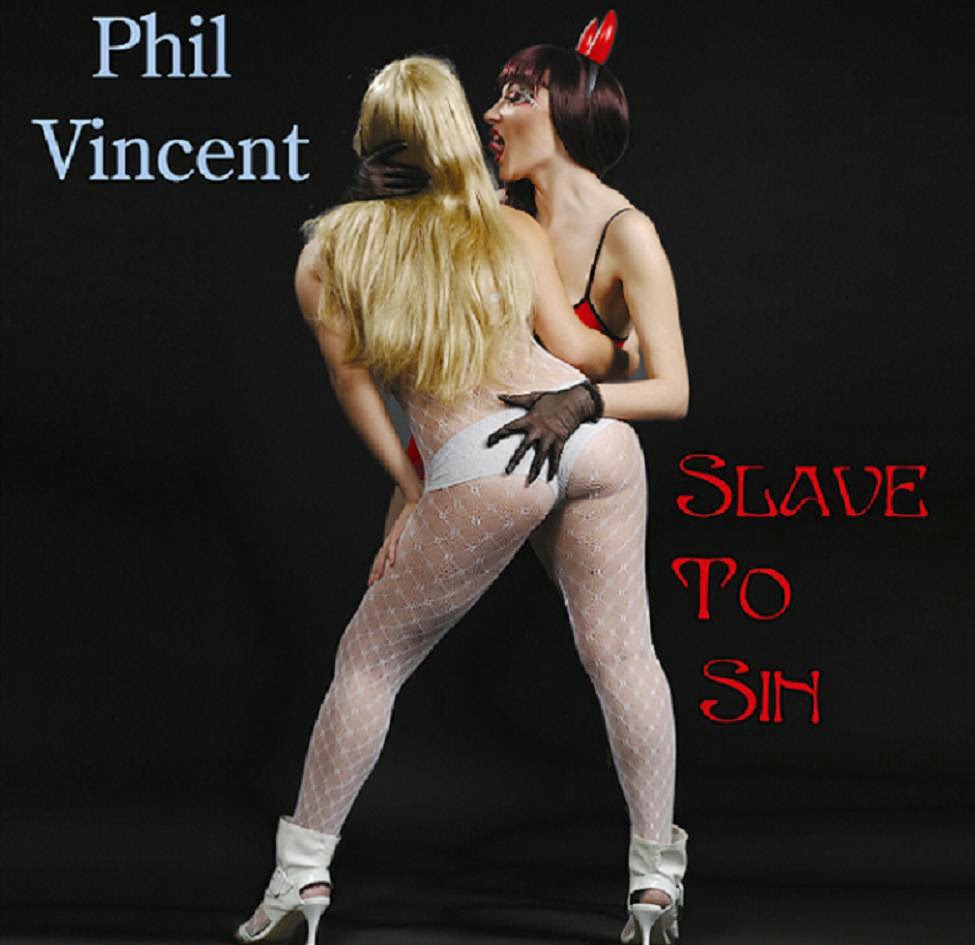 Before you do anything else, get over the cover. Yes, it’s possibly the most horrendously ill advised and tackily presented misogynistic mess, but if you get over it you can start to listen to what is a pretty good album. There’s probably irony intended (or at least I hope so) but as well know, most Americans tend to think irony is similar to goldy, bronzey and leady. Mind you, the lad hardly has a good track record, cover-wise.

Anyway, once the cover has been sufficiently burned it’s time to have a listen to the latest offering from one man band (at least when he’s not with Legion) Phil Vincent. Phil’s output is legendary, the biggest achievement being the constant high quality of his many, many releases. It has to be said that Phil has yet to make me swoon over a release, but I always enjoy them.

‘Slave To Sin’ takes his usual formula and actually tries a few new things out, not least the closing 4 in 1 track ‘Harmonic Destruction’. Fourteen minutes and four parts offer a lengthy but worthy experience nicely removed from the four minute forages that we usually get. Elsewhere there’s some good, heavy stuff that nonetheless contains enough melody to appeal to all sorts of rock lovers. The opening riff and words to ‘Bad Girl’ are shamelessly nicked from “Whole Lotta Rosie”, but the rest of the song is a spirited romp that avoids any other plagiarism. Special mention must go to “Mystery”, which miraculously manages to not outstay it’s welcome despite a run time of nearly seven minutes. It contains some of Phil’s best singing of the album, as well as some very slick guitar (possibly from guest Vince O’Reagan).

So what he have here is an ugly girl with a really nice personality. Phil Vincent dares to take a few musical risks on ‘Slave To Sin’ and they all pay off pretty well. Hard edged and melodic, it certainly holds up against his other solo stuff, so if you are a fan there’s no reason to shy away from this one. Except the cover, obviously.

www.philvincent.com/
YouTube link for "Take me Back"
Posted by ROCKUNITED.COM at 1:20 PM