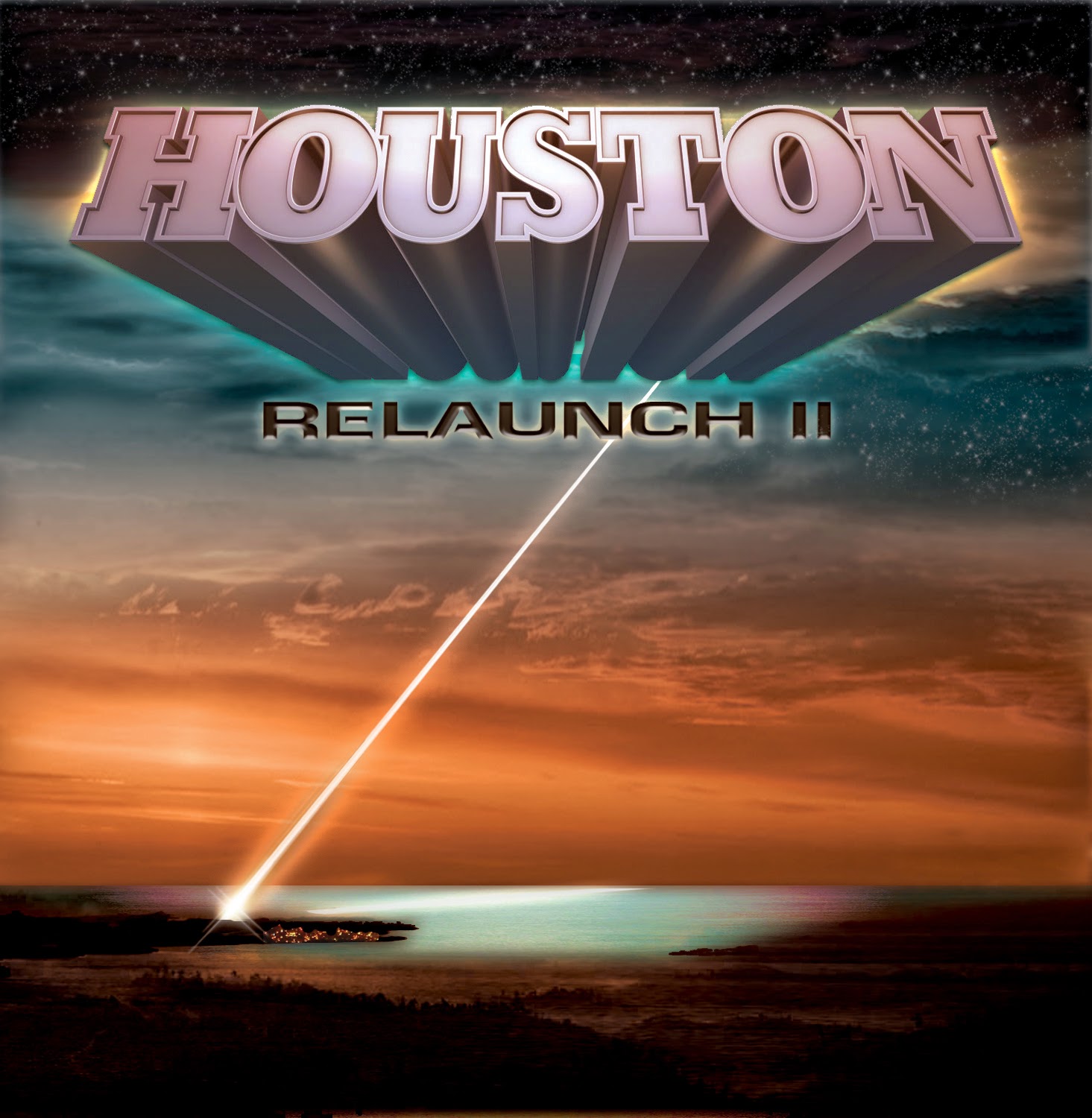 Swedish AORsters Houston are back with a new line-up and a new album. As you might know, the band was initially just two guys, vocalist Hank Erix and drummer Freddy Allen, but now it’s a six-piece band with Erix as the only original member. Well, keyboard player Ricky Delin has been involved from the beginning, but he wasn’t a band member in the early days.

”Relaunch II” isn’t a full-blown new album of original Houston music. 6 out of its’ 10 tracks are cover versions, following the theme of the first ”Relaunch” EP/mini-album released a couple of years ago. Some of the cover choices are quite surprising but interesting.

The album starts with a couple of cult AOR tracks, John Farnham’s ”Justice For One” and John O’Banion’s ”Love Is Blind”, which has also been covered by Uriah Heep. Good songs and good versions, the band hasn’t tried to ”modernize” them, both still sound like vintage 80’ies tracks.

”Counting Stars” by One Republic gets the Houston treatment next. I’m only vaguely familiar with the original so I can’t really say whether Houston’s version is better or worse - the track really doesn’t move me in one way or another. Kind of dull. It’s a Duet with Victor Lundberg, by the way.

Next the band takes on one of my favorite Rick Springfield songs, ”Souls” from his classic ”Living In Oz” album. The Houston version is very good, but somehow it lacks the intensity of the original. Still, a good job.

”Don’t Look Back” is one of the four new Houston originals, and a very good track it is too. There are traces of Survivor’s two ”Rocky” songs in it, but who’s complaining - not me anyways.

What’s next? Yehaaw! Bro-Country! Yep, Houston cover Florida Georgia Line’s ”Cruise”, a song that sounds like it’s all chorus and not much else. It’s a bit of a departure but somehow I kinda like it. Hank Erix sounds quite comfortable singing country, and the harmonies are excellent.

For the Lady GaGa cover (yes, you read it right), Houston enlist the talents of Lizette Von Panajott to duet with Hank.  Kinda like the previous track, the chorus is repeated again and again… I had to check out the original and I have to say that Houston’s version is far better. The track sounds like it was recorded by humans, nowhere near as robotic and tweaked as the Lady Gaga ft. R. Kelly version. Not one of my favorites though.

The last three songs are Houston originals, and they are good! ”Our Love” is an instant AOR hit with a massive chorus, while ”Downtown” is a nice, suitably lightweight summertime anthem. The last song ”Standing On The Moon” is a keyboard-driven, ethereal ballad that reminds me of Dan Reed Network. I can’t say why, it just does.