David A. SAYLOR: ”Strength Of One” 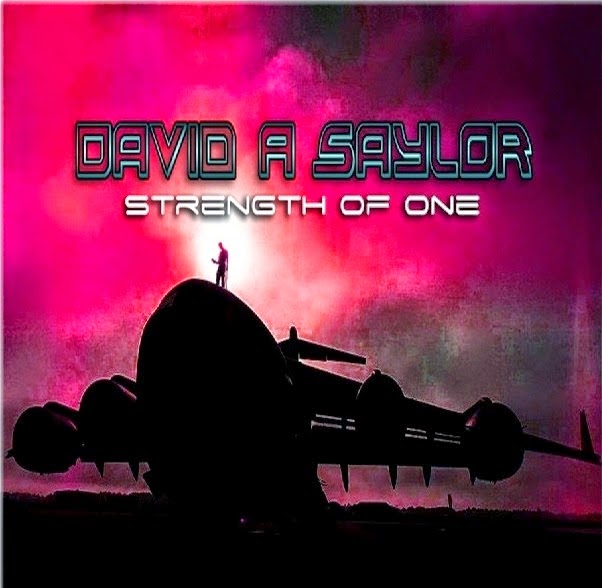 Although David A. Saylor started out in the business way back in the eighties and released his first solo album in 1991, the last couple of years have brought him to the limelight in the melodic rock world. First the eighties’ demos of his old band PUSH UK were polished and released as the ”Strange World” album, then he released a solo album called ”City Of Angels”, soon followed by a mini-album ”Kiss Of Judas”. Last year he was announced as the new vocalist of Greek AOR band WILD ROSE and recorded an album with them.

I have to admit that I haven’t heard any of the releases mentioned above, but that might have to be corrected as ”Strength Of One” is a decent slice of soft rock and David himself is a very fine vocalist. Musically we’re talking about AOR along the lines of early FM, John Parr with touches of westcoast and pop. A couple of the tracks are covers: there’s a version of 2AM’s ”Now You’re Leaving” and ”Why Does Our Love Have To End” is a SHY song that’s been only released on their ”Let The Hammer Fall” demo/outtake collection. The rest of them are Saylor originals, with a few resurrected from his first album and given a rockier feel here. All of the songs are nice enough, although at times a bit too poppy for my taste. Saylor’s great raspy vocals do rescue some of the lighter tracks from being too sugary. Personal favorites include ”Beaten Black & Blue”, ”Caught In The Middle” and the two aforementioned covers. Now I really got to check out that Wild Rose album…
Posted by ROCKUNITED.COM at 1:03 AM