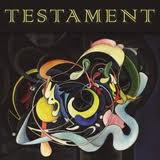 Musician, songwriter, producer, last but not least, Norwegian, Finn Arild is a talented multi-instrumentalist with a passion for complex structure and progressive arrangements. Experimental Progressive art-rock with a strong flavor of mid-seventies Genesis and tons of other influences such as Yes, Marillion, Transatlantic, the result of his rather impressive second album release simply entitled "Testament". This is a v-e-r-y grand and pompous affair, an epic progressive rock concept album telling the creation of the universe (such a trivial story), life, and almost everything between the sky and the earth. It's over 60 minutes of non-stop listening experience, no pauses included and the work of an dedicated and determined man.

The album, which has taken poor Finn five years to finish, covers the modern story of the creation of the universe starting with the big bang, the creation of stars and planets, the emergence of life on planet earth, the whole she-bang including the human race and the mark we put on earth. You will also notice that Finn had several years of classical training as the guitarwork is really throughout the album full of bits and pieces of the toccata and fuge. It's a very tasteful mixture and the technical aspect of it all, totally synchronized with the main story and prog melodies.

The only real let-down? perhaps the lead vocals at times as they're not quite interesting enough for an entire album. Don't get me wrong, they're not bad at all, never out of tune, it may however lack the extra quality and class which could lift this album to yet another level. The simply awful, "Robin", a pop/folk song with too much sugar and "Disney" melodies, should never have been included in the first place though. Geez, there's 5:19 minutes of my life I'll always regret spending on Robin. The overall effect this record will have on the die-hard prog-fan is somewhat the one of surprise and sheer interest though. It's close to innovative prog-rock and his possible the next "cult" follower and musician of the genre. Recommended to fans of above mentioned acts as well as perhaps Pendragon and Mike Oldfield? Nicely done.