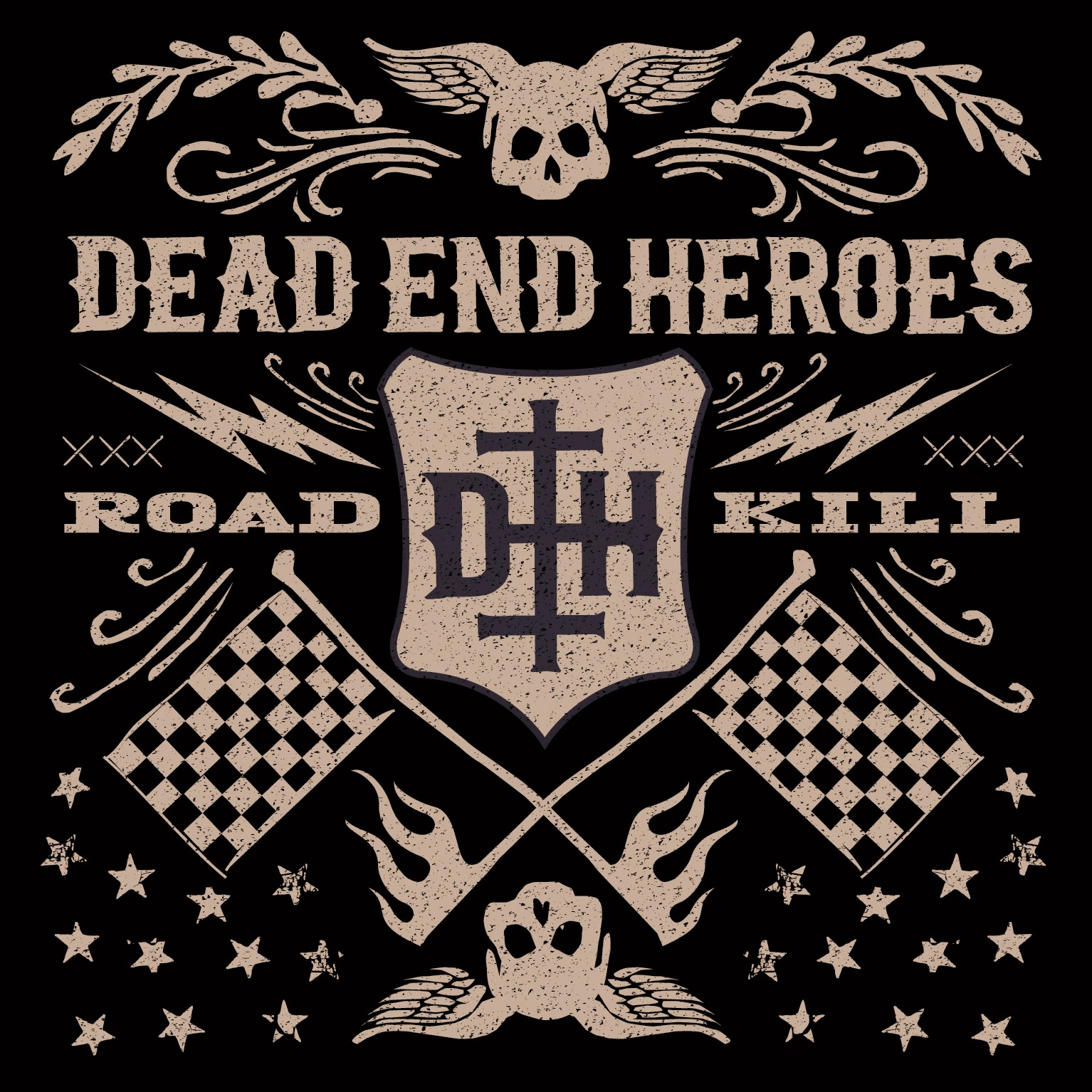 
Never having heard of Dead End Heroes previously, I cued it up for a spin.  It grabbed me right away on the first track, “Roadkill” and followed suit throughout all eleven tracks, every one well over four minutes in length.  It’s hard to put a finger on a direct comparison for these guys, but the straight forward hard rock is a great listen start to finish.  It’s not all “in your face” punches as “Cry For The Moon” slows the pace slightly but still very rocking while “Stormfront”’s seven minute opus is very Deep Purple-ish thanks to the Hammond organ.  Some standout cuts for me are:  “Dead End Heroes”, “Feed The Flames”, “Hands Off The Wheel” and “Gambler’s Crusade” but really there’s something for everyone on this album.

With no real low points contained herein Dead End Heroes are changing the definition of roadkill!  Usually it’s something (dead animal on the road) kicked to the side and forgotten about….don’t do that with this release!

Claiming to be formed by accident, Dead End Heroes is the brainchild of drummer Daniel Voegeli, who originally started this project off as a solo recording.  Once guitarist/producer Rolf Munkes became involved it wasn’t long before vocalist Carsten “Lizard” Schulz was enlisted bringing bassist Paul Logue along for the ride.  Schulz and Logue had played together previously on LaValle’s 2013 effort, Dear Sanity, which made my top picks from that year.  Hammond organist Holger Seeger completed the roster that Voegeli had assembled and Dead End Heroes was unleashed, accident or fate I ask?  Some things were just meant to be!