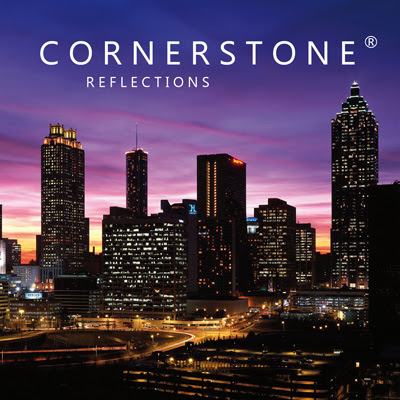 
It’s been five years since we heard anything from Austrian pop rockers Cornerstone, and it was nice to receive an extensive promo pack (complete with signed poster!) telling me everything about the band but their inside leg measurements. Five years is a long time to rest a band, and it’s good to hear that Cornerstone haven’t lost any of their allure over this period.

Still very much a band who embrace the pop sensibilities of the 1980s, Cornerstone’s songwriters Michael and Steve Wachelhofer are dab hands with a good melody and catchy chorus, with hints of more famous pop hits emerging throughout the album, though with no blatant thievery. Opener ‘Nothing To Lose’ embraces the pop rock of Belinda Carlisle with a hint of Jane Weidlin, featuring a sharp chorus line and a neat guitar solo. New vocalist Alina Peter has a decent voice, although does come over a bit nasal sounding throughout. Next track ‘Last Night’ throws in a little sax and feels like a great 80s movie soundtrack song, whilst ‘Heart On Fire’ embraces the spirit of 80s AOR, sounding a little like Fiona Flanagan. Over the ten tracks Cornerstone give us punchy rock, mid paced pop and a couple of nice ballads, and it’s quite hard not to get into what they are doing.

‘Reflections’ is a very good collection of songs for anyone who likes 80s style pop that’s infused with rock traits, rather then rock that has pop overtones. Harry Hess gives the whole thing a decent sound, with some great touches in the individual instrument sounds. Whilst not a giant leap forward in any way, this is an album that will certainly be returned to many more times.

Official Site
Posted by ROCKUNITED.COM at 11:45 AM