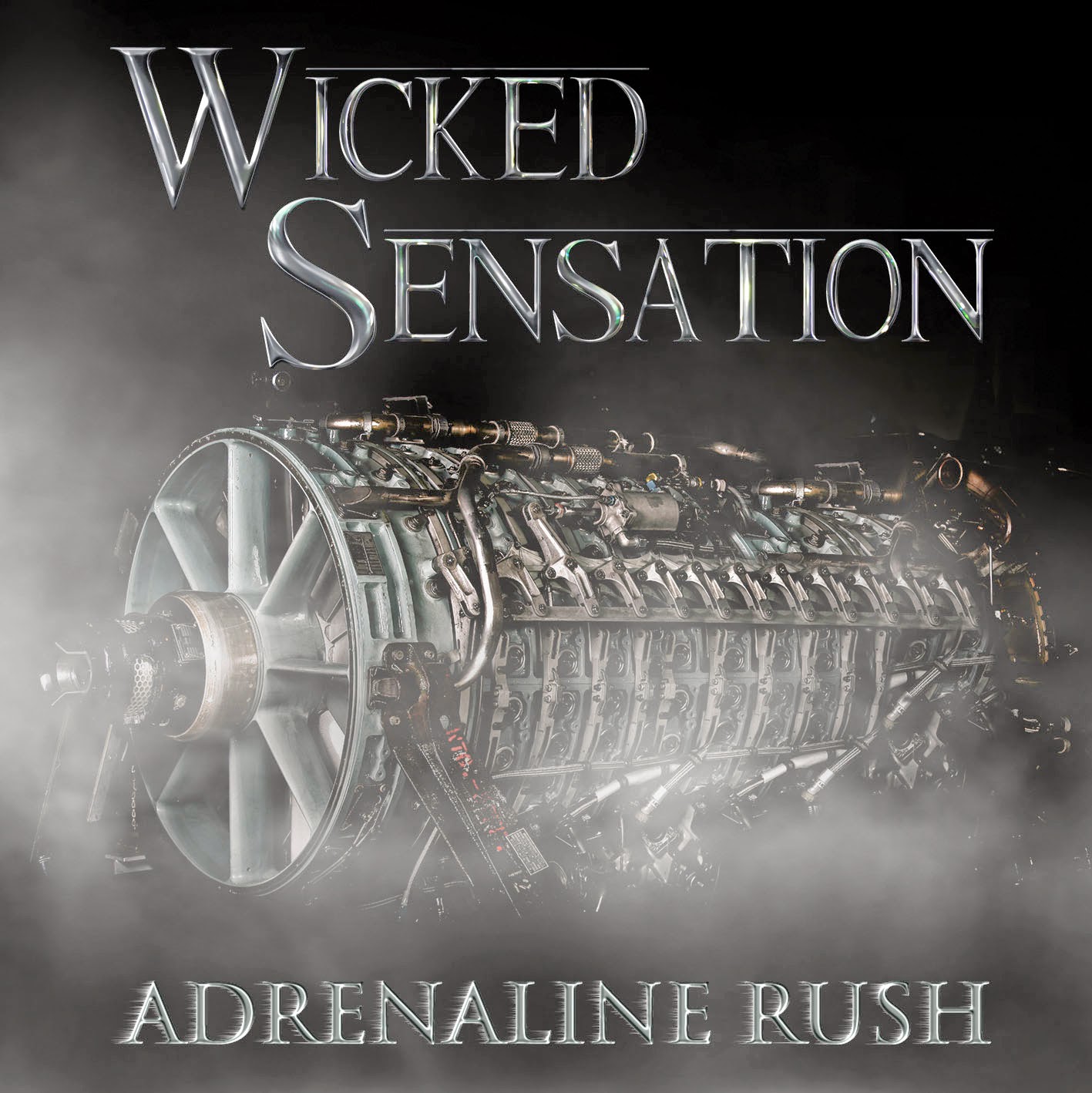 Here we have Wicked Sensation's Adrenaline Rush coming across my desk for review.  I've not heard of Wicked Sensation previously and therefore have no bias or prejudice towards them but judging by the more than lacklustre album cover artwork I doubt that I shall receive much enjoyment from this release.

Adrenaline Rush begins with the over five and a half minute opener of ”King Of the World” and what a pleasant surprise immediately as it opens up with an energy injected melodic feel.  The unmistakeable vocal prowess of none other than David Reece hits the speakers and Wicked Sensation definitely has my attention!  ”Same Old Situation” is next on the roster followed by ”Misery”, both holding up to the excitement generated by the lead track.  That's only the first three tracks but there's most certainly some high quality melodic rock contained behind the dreary cover of this hidden gem.

Adrenaline Rush marks Wicked Sensation's fourth output behind 2001's Reflected, 2004's Exceptional and 2010's Crystalized.  Throughout their existence Wicked Sensation, formed by guitarist/songwriter Michael Klein, has been marred by line-up changes and challenges.  Most recently vocalist Robert Soeterboek had been forced to step back to do health reasons being diagnosed with a cyst on his vocal chords.  The band sought out David Reece to fill the void for the songs already crafted by Klein and Soeterboek and frankly anything Reece lends his talents to is a winner.  Canadian Harry Hess (Harem Scarem) lends his support in the backing vocal department on several tracks as does Mathias Dieth (ex-U.D.O.) contribute the guitar solo for the title track, ”Adrenaline Rush”.

Wicked Sensation proves the old adage ”You shouldn't judge a book by its' cover” with this excellent melodic hard rock output that's been spinning in my CD player for several weeks now with, I'm sure, much more airplay to follow.