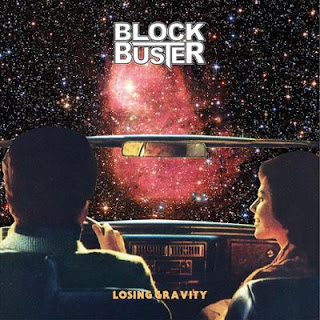 Block Buster? I thought they went out of business a long time ago? Appearantly not? You can still rent your VHS and DVD's in Finland where... wait... what? My bad. My spiritual guides from the other side are informing me that we're talking about the hard rock band formed by the Metsäpelto brothers Aarni (vocals/guitar) & Jaakko (drums) in Kuopio, Finland. Saatana Perkele! That could have been embarrassing. Still not as embarrassing as the press release and I quote, "The best way of describing their music: take AC/DC and Motörhead, spice it up with some Extreme and Bon Jovi, the rougher side of The Rolling Stones, throw in some hunger and energy of the rock torch carriers of the newer generation such as Airbourne and The Darkness, add a good dose of modern vibe to the mix and put it in a giant blender", end quote. Huh? No seriously... What??? I can't hear or find any trace of the fore-mentioned acts in their music?

Well... okay. Use your imagination and several bottles of Koskenkorva, and you might just find the tiniest trace of AC/DC, only not quite as raw or direct to the point. Then again. It could also just be the extremely loud guitars and amplifiers. You may pick up just as much Foo Fighters and Mustasch on this record. Let's not dwell on the subject any longer. Let's focus on the fact that "Losing Gravity" is a proper rock album where the Busters manage to avoid the certain metal death traps by investing in some serious adrenalin fuelled riffing. In fact. They go for the jugular faster than Dracula after a week trapped in his crypt. Or if you prefer the Zombie version and the need for your brain? It's not like you're using it anyhow?

Tracks such as "Out In the City", "Gone By The Morning", "Flammable", "Back From The Shadows", are all nicely produced and performed by the Flying Finns. Not always catchy as bushfire, but always energetic, loud, and straight in your face. It's the solid album effort without any real downers. They might be still looking for THAT special song to really lift them to the next level. But it's certainly good enough until their next effort. facebook.com/blockbusterband
Posted by Urban Wally Wallstrom (RockUnited.com) at 4:48 PM